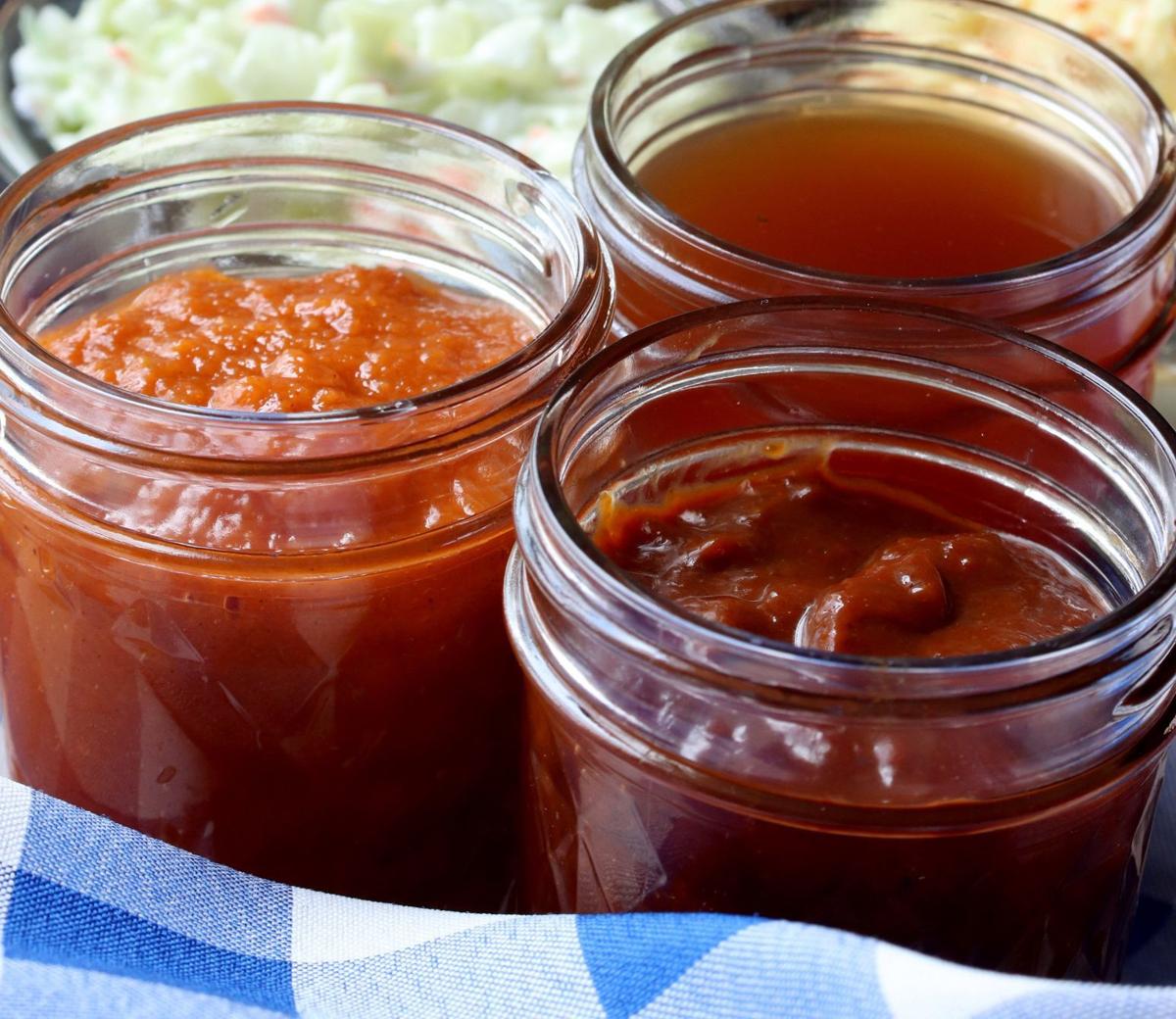 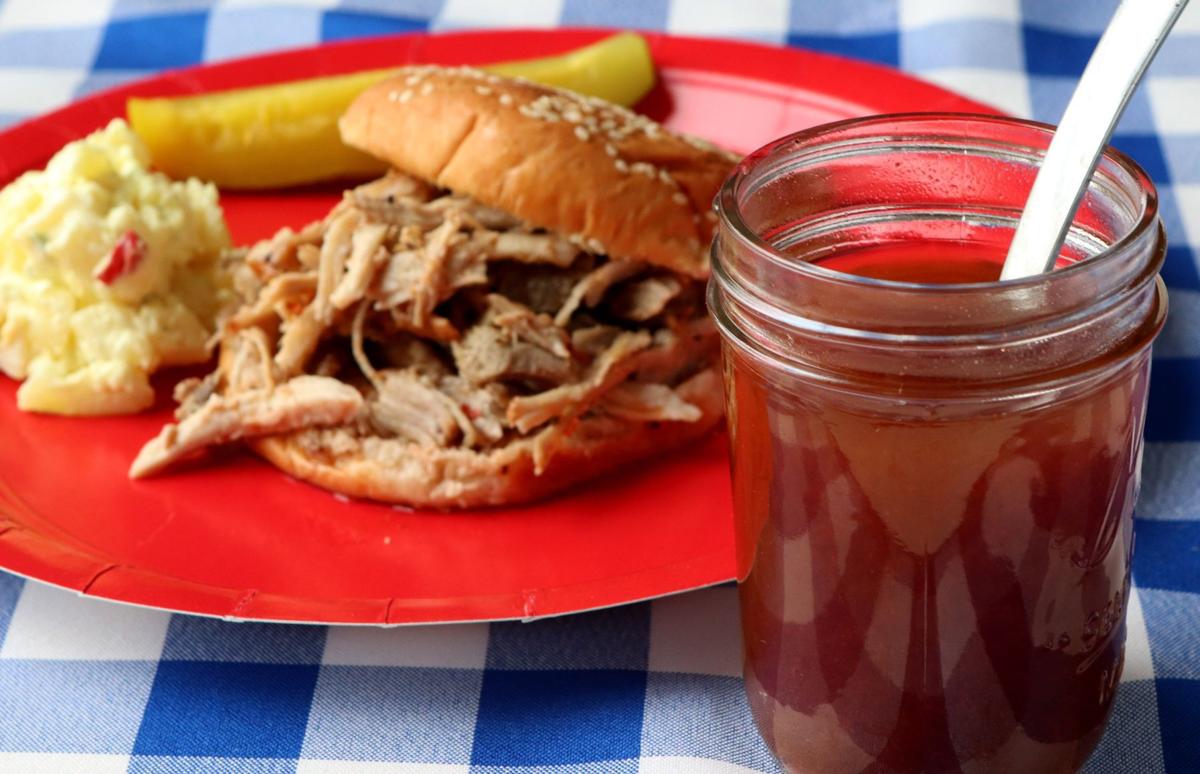 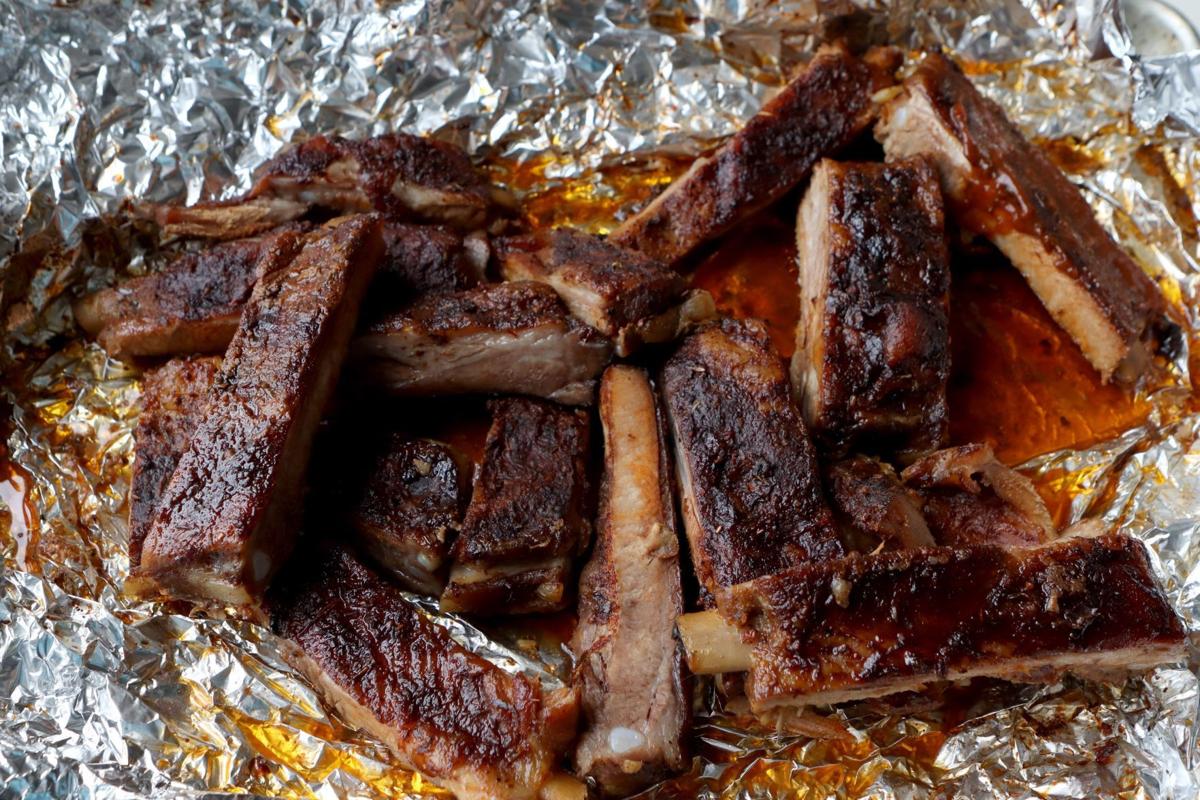 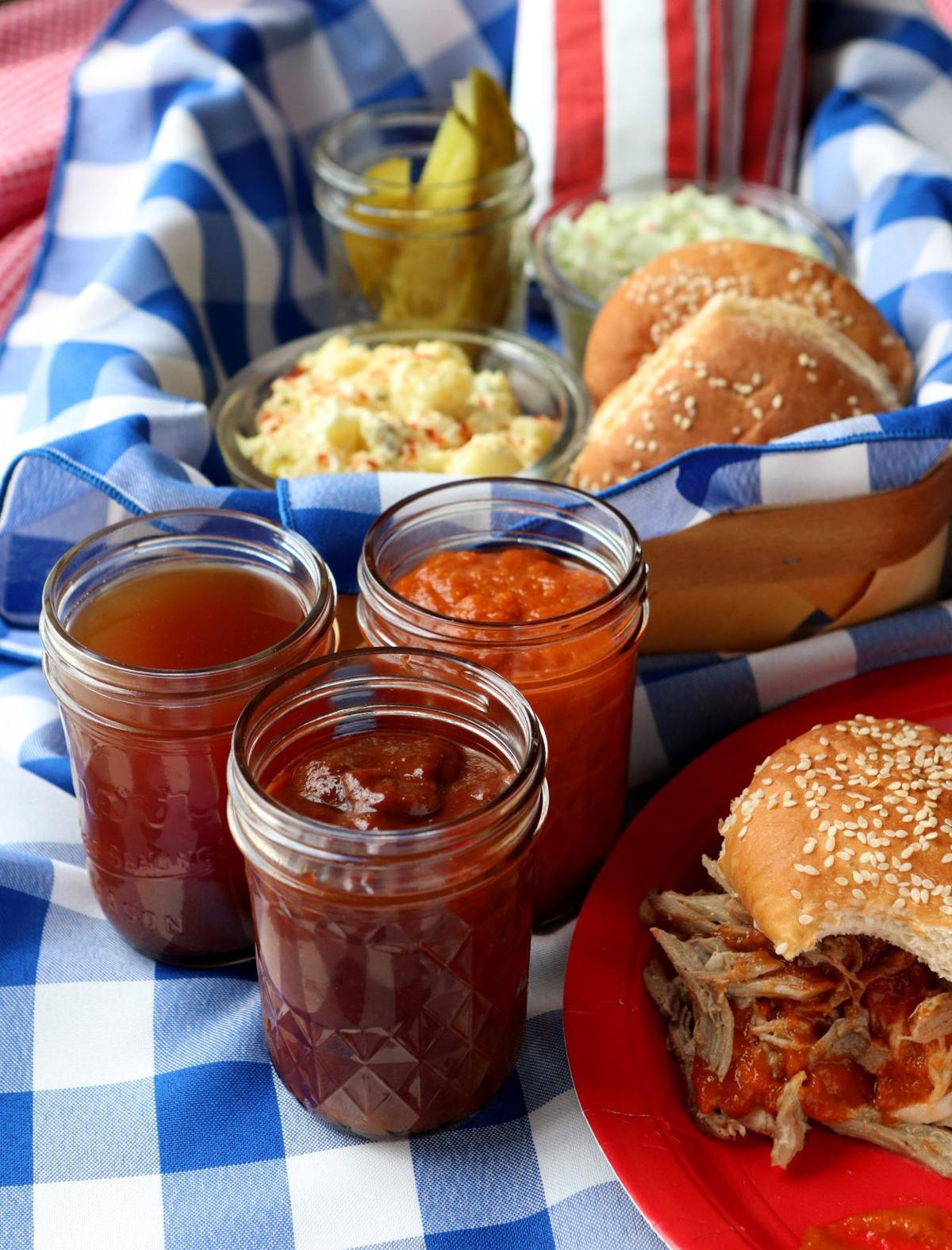 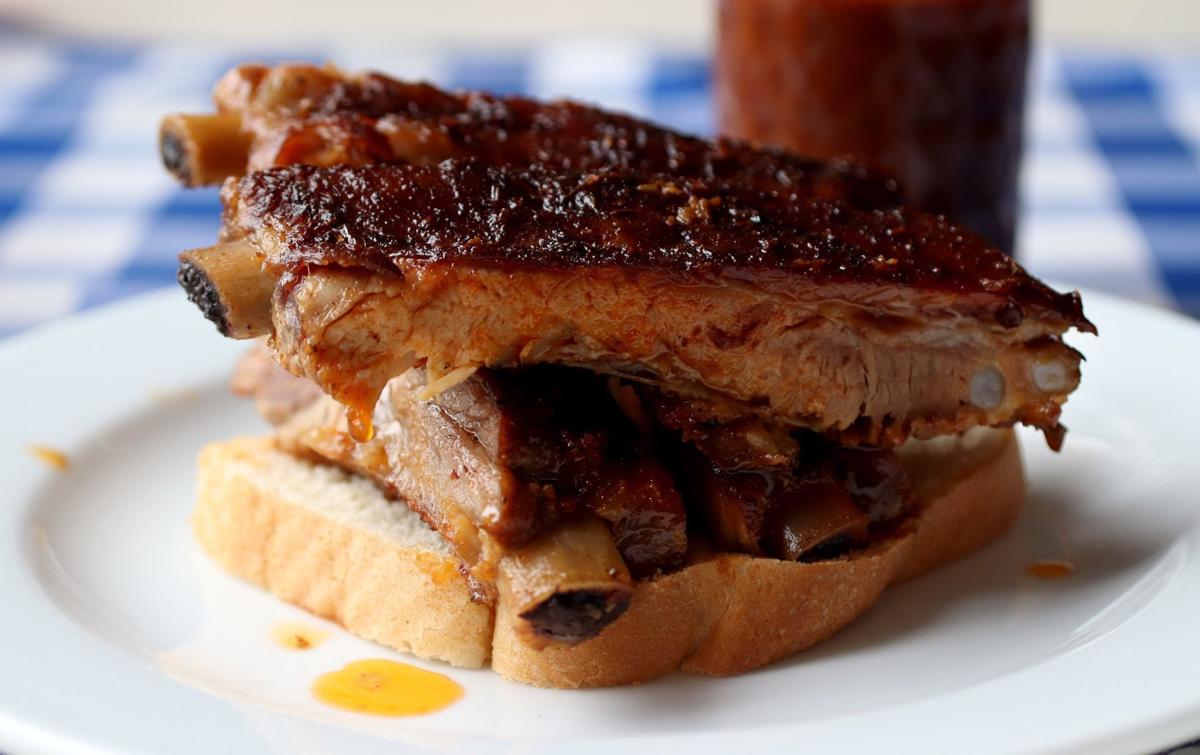 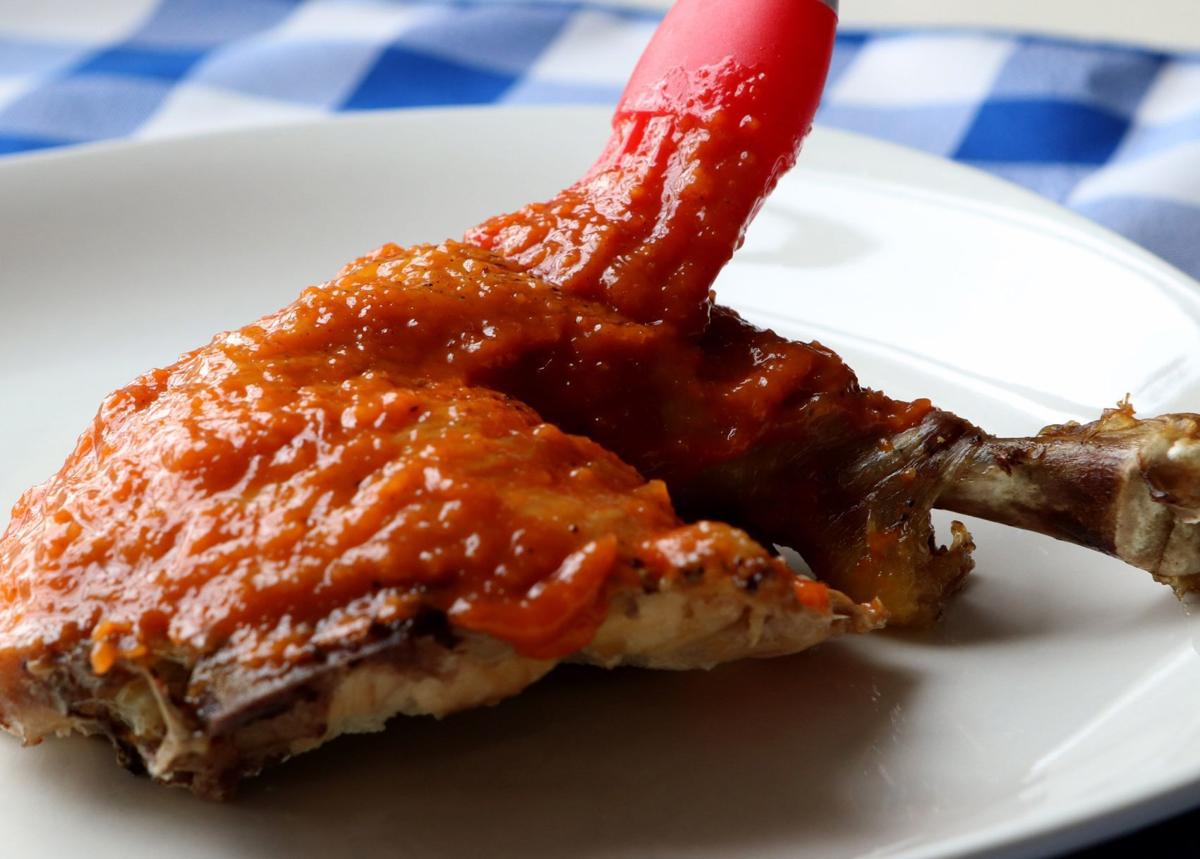 It is a little-known fact that when you put store-bought barbecue sauce on ribs, the ribs secretly laugh at you. Chicken snickers. And brisket?

Store-bought barbecue sauce is fine, if you have no imagination and you like bland food that totally lacks interest. If you have friends or family over for a party, it is a good way to tell them that you don’t like them very much and you think they are not worth the effort.

It has life, vitality, exhilaration. The taste is dynamic, exciting, spirited. The ribs will show respect to you. The brisket will stand up and salute.

And it isn’t even difficult to make. You can generally whip up a batch in less time than it takes to go to the store and buy the stuff in the jar.

The only problem is trying to figure out which kind you want to make.

Much of South Carolina uses a mustard-based sauce, but it is an abomination and not worthy of the word “barbecue.” Or “sauce.”

In Texas, barbecue means brisket, and the sauce is served on the side. The sauce is almost an afterthought, and purists don’t bother with it. When they do, it is tomato-based, a little sweet and a little spicy.

I happen to love Texas style, so I made a batch — the first of three. To me, Texas sauce is the most versatile. Not only is it the only one you’d want to eat with brisket, but it also goes equally well with pork ribs (or beef ribs, for a real treat) and with chicken.

I made a recipe I have been making for nearly 20 years; it’s what I use when I make barbecued brisket. It’s a well-balanced blend of most of the expected ingredients (ketchup, onion, garlic, brown sugar, Worcestershire sauce, molasses), plus a few that you wouldn’t expect.

Mustard, for one, but not enough that it turns into that glop from South Carolina. Coffee, too, which rounds out the bottom notes of the taste and gives the sauce a noticeable depth. And the last ingredient is chipotle peppers — it’s a Texas thing — which pack just the right amount of heat to give it a marvelously smoky undertone.

As a rule, I try not to use liquid smoke on anything; it feels like cheating. But chipotles get their smokiness from actual smoke, so I feel free to use them with abandon. Also, I like them.

For my next barbecue trick, I whipped up some North Carolina barbecue sauce. I usually make the tomato-free, eastern Carolina version, so this time I decided to try the way they make it in the western, mountainous part of the state.

The differences are subtle, but very real. Both sauces are essentially vinegar with spices and peppers. But while the eastern version uses a mix of white and apple cider vinegars, the western one tempers the apple cider vinegar with brown sugar. A quick shot of ketchup is all it needs to add just a hint of richness to the sauce.

In North Carolina, both sauces are used exclusively on pulled pork. But I’m a loner. A rebel. A free spirit floating on the breezes of imagination. So I baste it on grilled chicken, too. That’s the kind of thing we culinary outlaws do.

Besides, it tastes great.

Finally, I wanted to make a different kind of barbecue sauce, a sauce that was light and sweet and unusual. So I made a Bourbon-Apple Barbecue Sauce.

The trick was to create a blend that was harmonious, yet sprightly. I did not want any one flavor to stand out, but I wanted to keep it bright. So I knew I did not want to simmer it for too long — but then I had to find other ways to keep the individual flavors from being too assertive.

The secret was balance. Ketchup makes up the base of the sauce, but I toned down its force with sautéed sweet onions. I added brown sugar and maple syrup to sweeten the sauce, but I brought out the tangy side with apple cider vinegar — which I knew would also enhance the flavor of apple.

Cinnamon went into the pot, too, as a natural friend of apples, with just enough bourbon and Worcestershire sauce to blend into the background without being immediately noticeable.

To keep the flavor fresh, I waited until the sauce was almost done simmering before adding a grated apple and the zest of a lemon. The result was lightly sweet, sweetly light and wholly unusual.

Try it on chicken or pork. They’ll be surprised, and most appreciative.

Reach Daniel Neman, food writer at the St. Louis Post-Dispatch at 314-340-8133 or dneman@post-dispatch.com.