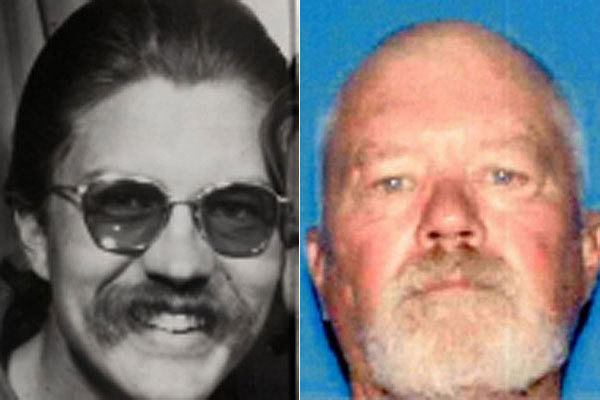 ALGONA — More than 37 years after Bruce McCullough escaped from a hospital in Pima County, Ariz., the former Algona resident and murder suspect has been found living in California under an assumed identity.

On March 19, 1976, McCullough, who was 28 at the time, was taken into custody for questioning for murder after the body of his 20-year-old girlfriend, Donna Smith, was found.

McCullough was the son of Bob and Christine McCullough of Algona, who owned McCullough Funeral Home. He attended Algona High School through 1964, but graduated from a private high school in Maine in 1965. He later attended the University of Iowa and Drake University.

While at Algona High School, McCullough was a member of several clubs, band, choir, student council, lettered in football and played the king as the lead in the 1964 Algona High School presentation of “The King and I.”

“He was always good in school,” said Russell Bode, a fellow junior and student council member in 1963. “He was known for being a little wound up, but he was liked.”

McCullough’s family left Algona in 1971 after selling the funeral home, moving to Tucson, Ariz. Both parents are now dead.

According to a news report in the May 6, 1976, issue of the Algona Upper Des Moines, Smith’s death was caused by massive skull fractures and a “cut or stab wound” on her neck. She was found by her mother, fully clothed, in a home Smith shared with McCullough, reportedly several days after her death.

During questioning, McCullough reportedly attempted suicide by slashing his wrists and was taken to an unidentified Pima County hospital for treatment.

He escaped from the hospital wearing pajamas, which were later found at another location either owned or rented by McCullough.

An all-points bulletin was issued for McCullough, and it was believed by authorities that he had fled to Mexico.

McCullough was arrested in San Diego on May 2 after a review of the murder by the Tucson Police Department Cold Case Unit this year.

Sgt. Maria Hawke, a spokeswoman for the Tucson Police Department, said detectives developed leads regarding McCullough’s possible location in California, where he had assumed a different identity for three decades.

Hawke said McCullough had sought medical treatment and had to use his real name and Social Security number to be treated in California.

On May 1, two Cold Case Unit detectives traveled to San Diego and with the assistance of the San Diego Police Department located McCullough at his residence in San Diego the next day.

McCullough was arrested and charged with one count of first-degree murder, a felony offense, and was booked into the San Diego jail. He is awaiting extradition to Tucson.

Tucson detectives also located Smith’s elderly mother, who still lives in Arizona, and visited her to deliver the news that McCullough had been located and arrested.

Hawke said the Tucson department “is justifiably proud” of the Cold Case Unit and the detectives.

“We never forget the victims of these brutal crimes and will continue to do all we can to provide justice for the victim’s survivors as well as our community,” she said.

McCullough is being held on a $5 million bond.